Article: ‘From drips to drills’

‘It’s always astonishing to see how much people ignore the importance of Europe in the longstanding history of graffiti culture and how much they think of it as something that can only deal with the city of New York. To their eyes, graffiti makes no sense far from it, as much as a fish can’t breathe outside water. It’s a kind of blindness that does not allow people to see what has happened on the walls and trains all around Europe, starting from the 1980s and until nowadays, and to understand the deep impact of several generations of European graffiti writers on the source code of graffiti. This is why the Brique project by Does is particularly relevant today, because it makes also clear how much this culture owes to Europe. 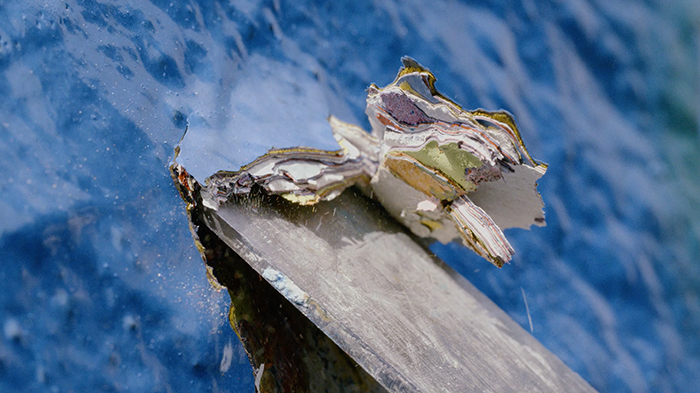 Joos ‘Does’ van Barneveld’s deep knowledge of graffiti is the result of a long and tenacious training. He has painted all over the world since 1998. Sometimes, he has also covered exactly the same walls with different layers of spray paint. His style, which is today highly recognizable, is a clever mix of influences coming from old-school writers and of his own research. In his paintings, you can discover the roots of 3D lettering and the influence of artists like Boris ‘Delta’ Tellegen, but you can also be surprised by his patient research of  well balanced colour schemes and of a capacity of controlling the purity of outlines. As Phase 2 wrote in his Style Writing from the Underground manifesto: “writing is centered on names, words and letters. Combined with the objective of their execution, this creates the product and the overall make up of the writer”. No doubt that Does has understood this process and calmly studied how to develop his own style, which can be seen as a kind of controlled dripping. His letters are stretched so much that they give the idea that they would explode and spread drips and painting all over the wall. 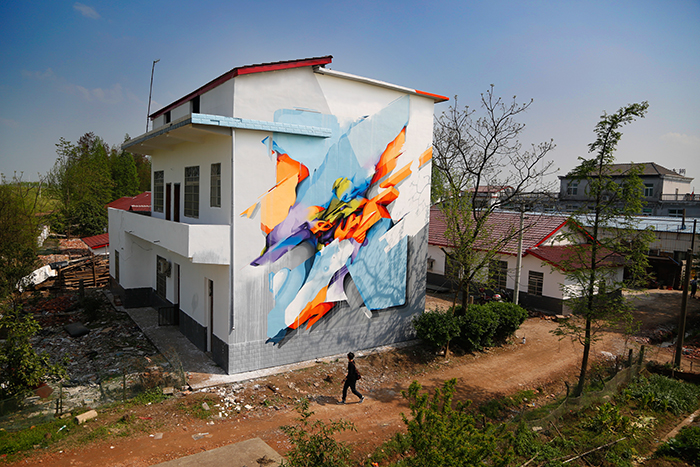 Nevertheless, the boundaries of Does’ research are moving, because he is now looking at graffiti just as an archive from which he can physically pull out samples that embody his own roots. He drills or peels off walls covered with spray paint to include these materials into sculptures made of epoxy and plaster. He develops a kind of contemporary archeology of urban spaces, readapting the tools of a science that normally deals with past times to underline his own story and the impact that Europe has had on graffiti culture through the 1980s, 1990s and 2000s. His Briques are far to be just a time capsule. Epoxy, pieces of walls, colored layers and plaster are assembled in order to create a three-dimensional lettering and to open up new directions in which graffiti culture can expand itself into fields that are normally covered by contemporary art without giving up its own roots.’

Watch the documentary ‘Magicwater’ and discover the ‘BRIQUE’ story. 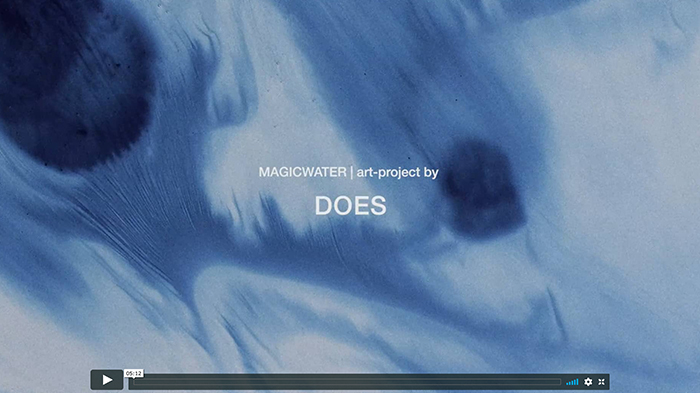