DOES recently sat down with Luke Shirlaw from Artillery Magazine for an exclusive interview.

Artillery is an independent Australian publishing house dedicated to preserving the creative output of the world’s most interesting graffiti artists. In addition to a predominant graffiti focus, Artillery mixes in a healthy dose of art, design, and photography.

Out with the old 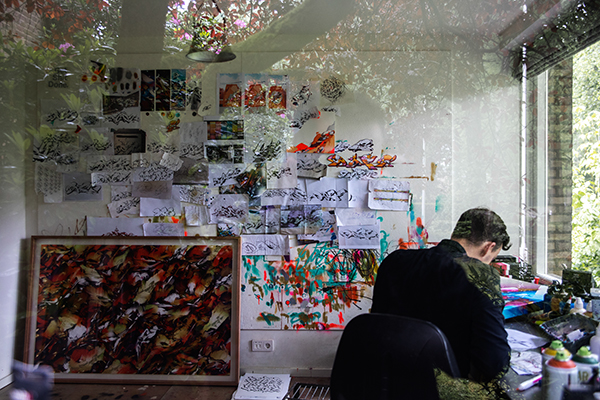 This is my old studio. The view was good, but it was too small for me. It’s crazy how much work I created in the small studio over the last four years. I’m super excited to have just moved into a new studio. It’s four times bigger, the light is way better. We built it upside down with the architect. We created windows in the roof, and there’s a step-down to allow the height of the studio to be quite tall. 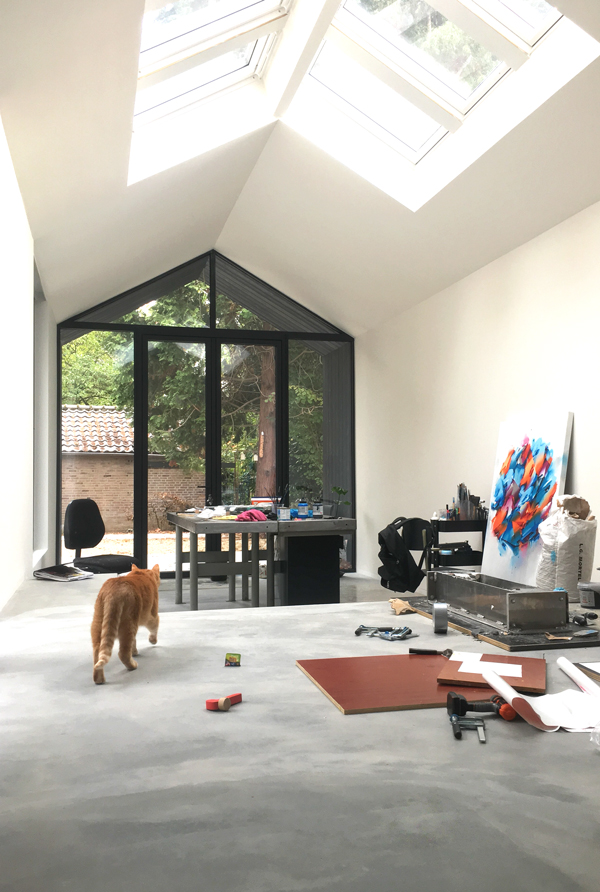 With kids running around, it’s good to have a place where I can lock myself up and focus. I can work every day and I always feel like painting and creating stuff. The good thing about my new studio is that there is enough space to do this and to have all the basics set: a big table, coffee, my radio, my sketchbook – that’s pretty much what I need.

This piece still stands out to me for some reason. It’s a mural that I painted for my first solo exhibition at Lo-Fi in Sydney, Australia. It felt like this was a turning point in my career. It’s hard to explain. It’s more the effort I put into the wall, and how easy it went. I think it’s also the feeling I had, with the whole exhibition there, and the vibe of living in Sydney for a while. We had such a good time. I had just stopped playing professional football and was working towards the show in a really tiny apartment.

It still feels very up to date when I look at this piece. I had something in my mind, what I wanted to create. This was the first time that I felt confident, and I don’t have that very often when I’m creating. I’m not sure if I can still paint pieces like this now. 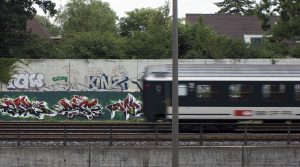 A big inspiration in the beginning, for me, was Dare. We painted several times together. He was the guy I spoke to a lot about doing canvases and stuff, and it was also the first time that I saw graffiti painted with acrylics on canvas.

He was a big football fan, as well as a great person and also a great artist. I think he inspired a lot of artists from my generation. He’s still one of my favourites. I bought a canvas from him around 2007, and he passed away in 2010. That was a bit of a shock. 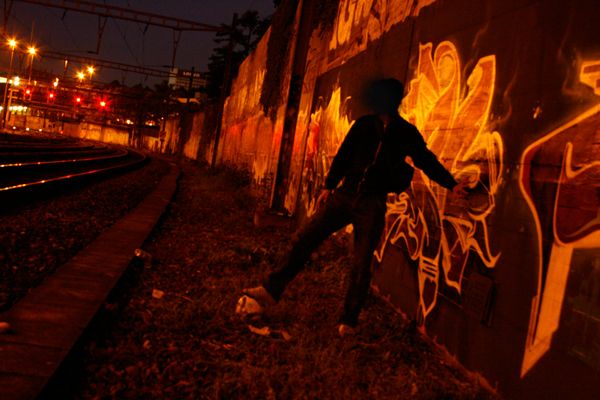 One memory was when we took a football onto the Basel line, with Sirum from Australia, and Rusl from Germany. We played a little football on the tracks while we were painting. 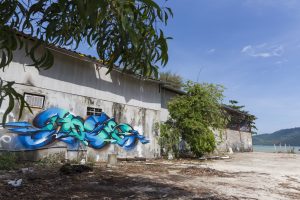 The vibe in Thailand was super good. Close to the beach, on an island, cocktails. It’s pretty much everything you need, right? My family was around, I think that was cool too.

I don’t have one favourite city. I like to go to places where there is a young and upcoming scene. Different cultures inspire me and my work. What I really like about traveling and being invited to cities, is that people always take you to the best spots. Usually, as a tourist, you won’t go to these spots because you don’t know them. And there is often a limit of time, and they take you somewhere that they’re proud of. You get to have an experience that is not the usual tourist experience.

The variety keeps me motivated to travel. Often I don’t feel like going somewhere, so it’s always a struggle to go away. But I’m always super happy when I’m there, and back home again with a bag full of memories. 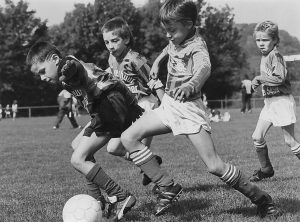 My interest is so minimal. It’s crazy. I don’t watch documentaries, I’m not sure what it is, but I usually fall asleep when I do something that doesn’t interest me. I’m just influenced by stuff that I’m seeing, for example, if I’m in my garden, or walking through a city, I get inspired by that. Colours that you see when you walk through a forest.

What really helped me be who I am today, is my Youth Academy – my soccer background. It was very structured, which makes it easy for me to focus today.  It’s because of the strength of the whole academy, and when I played professionally. It’s more experience based. 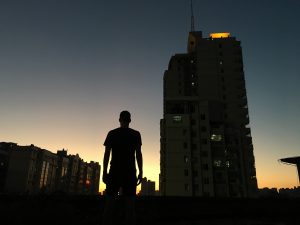 This picture was taken in China last month. I met up with Senk and Kish, two inspirational designers, as well as artists, to discuss future products for my online store. The photo was taken on the roof of their studio / little factory before I left China on my last day there.

These guys are super passionate about what they’re doing. They’re a little bit younger, but I felt a similarity between how they work, and how I work. Even though we’re from different cultures, there was a connection, which I found interesting.

He who does creates 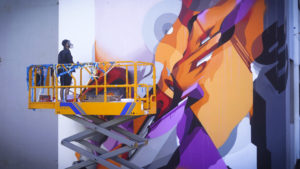 I still believe in the slogan we’ve used before – ‘He who does, creates’.

As long as you keep on creating, you will develop yourself. It’s always something I say to younger kids who are making stuff. Maybe it sounds cliché, but it’s not gonna happen in one day. It takes time to get better, and the only way you get better is to work on it and follow your passion.

He who does, creates.